April Centrone is a multi-instrumentalist, teacher, composer and music therapist based in NYC / NJ. She is a Carnegie Hall World Explorer 2020 musician and educator, business owner of 10PRL, arts/film/event space on the Jersey Shore, and co-founder of the New York Arabic Orchestra, non-profit organization specializing in the performance and education of Arabic music. She currently teaches world music at William Paterson University and has held lectures in music therapy and Arabic music/percussion at Taipei University of the Arts, Lebanese American University and others. She has worked extensively with inner-city schools throughout NYC’s boroughs with project such as Yo-Yo Ma’s Silk Road Connect. She has performed in venues such as the United Nations, Carnegie Hall and Lincoln Center and has toured throughout Europe, the Americas, Middle East and Far East. She has toured with Arab icons including Ziad Rahbani, Bassam Saba and Marcel Khalife, among others. She conducted a ‘Music Therapy Tour’ with the U.S. Embassy of Malaysia, holding workshops at Rohingya refugee youth centers and safe houses for young Malaysian women. During her residence in Lebanon from 2013 to 2016, she held Arabic music workshops for Syrian and Palestinian refugee youth through her project Juthoor. She currently teaches group and private instruction in percussion and ‘ud and leads therapeutic drum sessions. April strongly advocates female empowerment in her teaching and compositions. Her debut album ‘New Moon’ is available on Spotify.   Centrone carries a Masters degree in Forensic Psychology from John Jay College, NYC.

APRIL CENTRONE born in Harlem, New York, started as a performer of drumset at age 9. Today as a drummer she weaves within the genres of rock, jazz, experimental, progressive, funk/R&B and world music. April’s other trademark is the riqq, or Arabic tambourine, paving the way for women riqq players in her community with her own original comprehensive and successful methodology in Chiqqs with Riqqs. Additionally, she teaches the darbuka (goblet drum), frame drum, the ‘ud (Arabic lute) and drumset. April prides her work on encouraging women to feel they are allowed to explore and master instruments which are currently dominated by men. 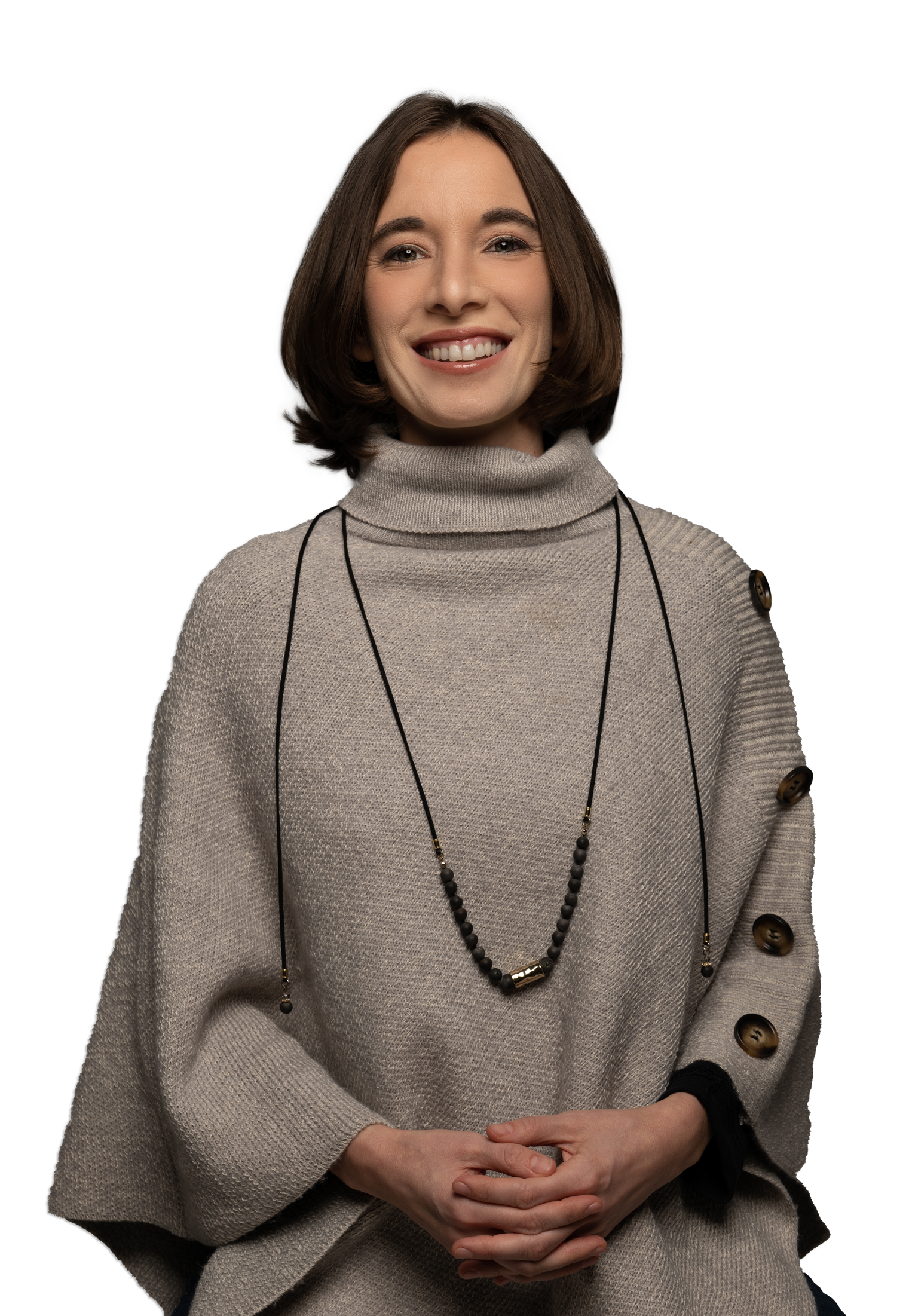 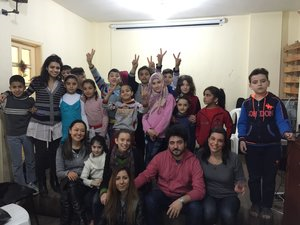 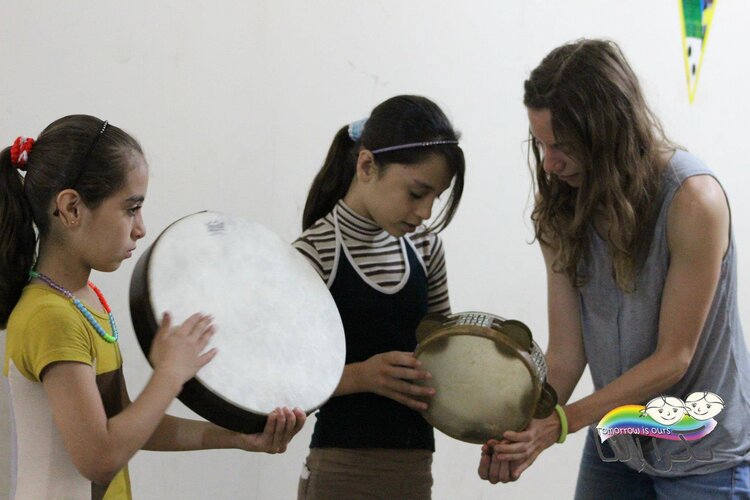 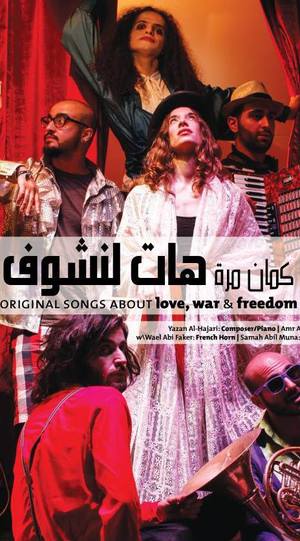 Centrone composed and performed music for “Arabian Nights” by Mary Zimmerman (Peter Jay Sharp Theatre 2006), and performed percussion, oud and violin for one-woman plays, “11 Reflections of September” by Andrea Assaf, “Head over Heels in Saudi Arabia” by Maisah Sobaihi, and “Everyone Has Tears” by Cynthia Sophiea.

April leads a unique music therapy program designed for both youth and adults, incorporating drumming and vocalizations for meditation and treatment work, as well as workshops primarily focused on old spiritual music practices designed for healing and transformation work.  In March 2018, she was invited for a Music Therapy Tour by the U.S. Embassy of Malaysia where she held sessions at safe houses for young women and refugee youth centers in Kuala Lumpur, Ipoh and Penang.  In 2015, April lectured on Music Therapy at Lebanese American University in Beirut. April’s earlier work includes intaking, assessing and diagnosing new admissions at Sagamore Children’s Psychiatric Hospital of New York where she also had the privilege to lead music classes for adolescent girls, and the taught graduate course ‘Trauma,’ and undergraduate course ‘Intro to Forensic Psychology’ at Adelphi University in New York. Centrone holds a Masters in Forensic Psychology from John Jay College.